Been There, Done That? 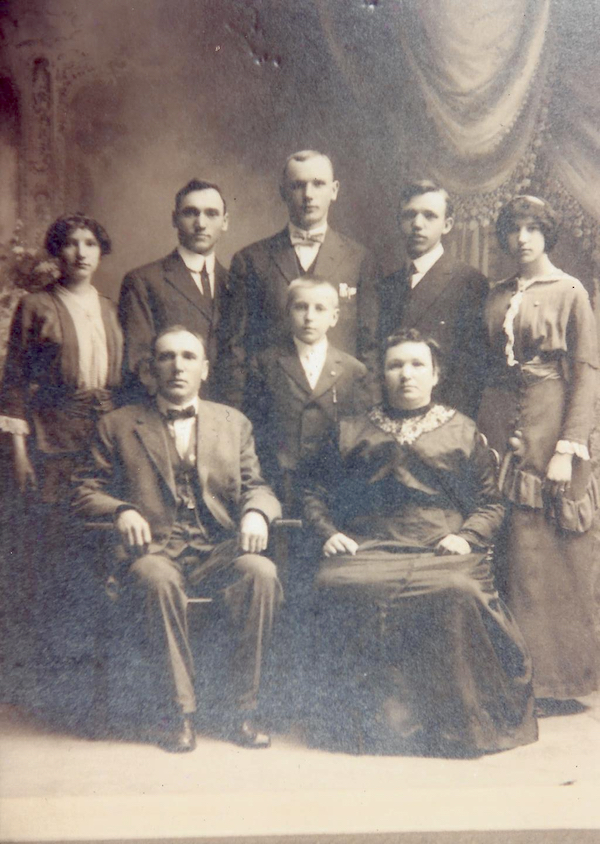 From the moment my first byline story appeared in our high school newspaper, my Grandma Rezell beamed with pride, and each time I saw her after that she'd find the chance to pull me to the side and say, "I've got a great story to tell you one day ..."

Like most teenagers, I believed I had all the time in the world. So many other things captured my imagination. Sadly, that one day never arrived.

One Friday afternoon I returned from college to learn from my Aunt Esther that Grandma Rezell passed away. Esther and Grandma lived together a few blocks away.

The next few hours were mayhem, getting my Aunt to the bank, picking up my Dad and telling him his Mother had passed away, then dropping him off at my Aunt's house and picking up my Mom to tell her the news. I've always wondered about Grandma's story.

Finding your roots is all the rage these days, with plenty of companies cashing in on that quest.

I did some research many years ago, prompted by some old writing handed down from a Great Uncle as well as my Dad. There are interesting tales.

My Dad's family, the Trundes, came to America from Austria-Hungary in 1887, landing in Nova Scotia and taking the railroad to the end of the line in McCook, Nebraska. They continued on to Yuma, Colorado, where they set their first roots getting free land from the government.

There's a whole story in there, but what struck me most upon reflection years after reading the accounts is how I have, possibly by design, possibly by coincidence, have traced those roots.

When I left The Orange County Register to launch a freelance career of my own, my first solo roadtrip was to Wichita Falls, Texas for the Hotter 'n' Hell bike race. At one point the family made the long trip from Yuma to Wichita Falls for a possible move.

My Uncle wrote of the long wagon ride that included waking up one morning to snow covering everything. It look a month or so. I thought about that years later when I made the move from Loveland, Colorado to Austin, Texas, driving along the highway and completing the trip in two days.

That I worked in Boulder but bought a house in Loveland, just a few miles outside the tiny town of Berthoud seemed like a bizarre twist of fate. I stumbled upon this home that had a beautiful red rock outcropping that moved me deep inside, and we bought it on my birthday.

Only years later would I revisit my Uncle's writing and learn that two of my Great Great Uncles moved to Berthoud at the same time when my Great Great Grandfather headed to Wisconsin, starting my family roots there.

When the family headed off in different directions, they left for Wisconsin, Berthoud and Newberg, Oregon. Yes, Newberg, just about 30 miles from where I live today.

I'm not sure if I'm retracing or reliving or ...

Speaking of cashing in, on my Mom's side, one of her aunts did the research at one time and discovered they are Daughters of the American Revolution, which, of course, makes my daughters DAR, although you have to actually pay for the right to say that.