On the Wings of Eagles 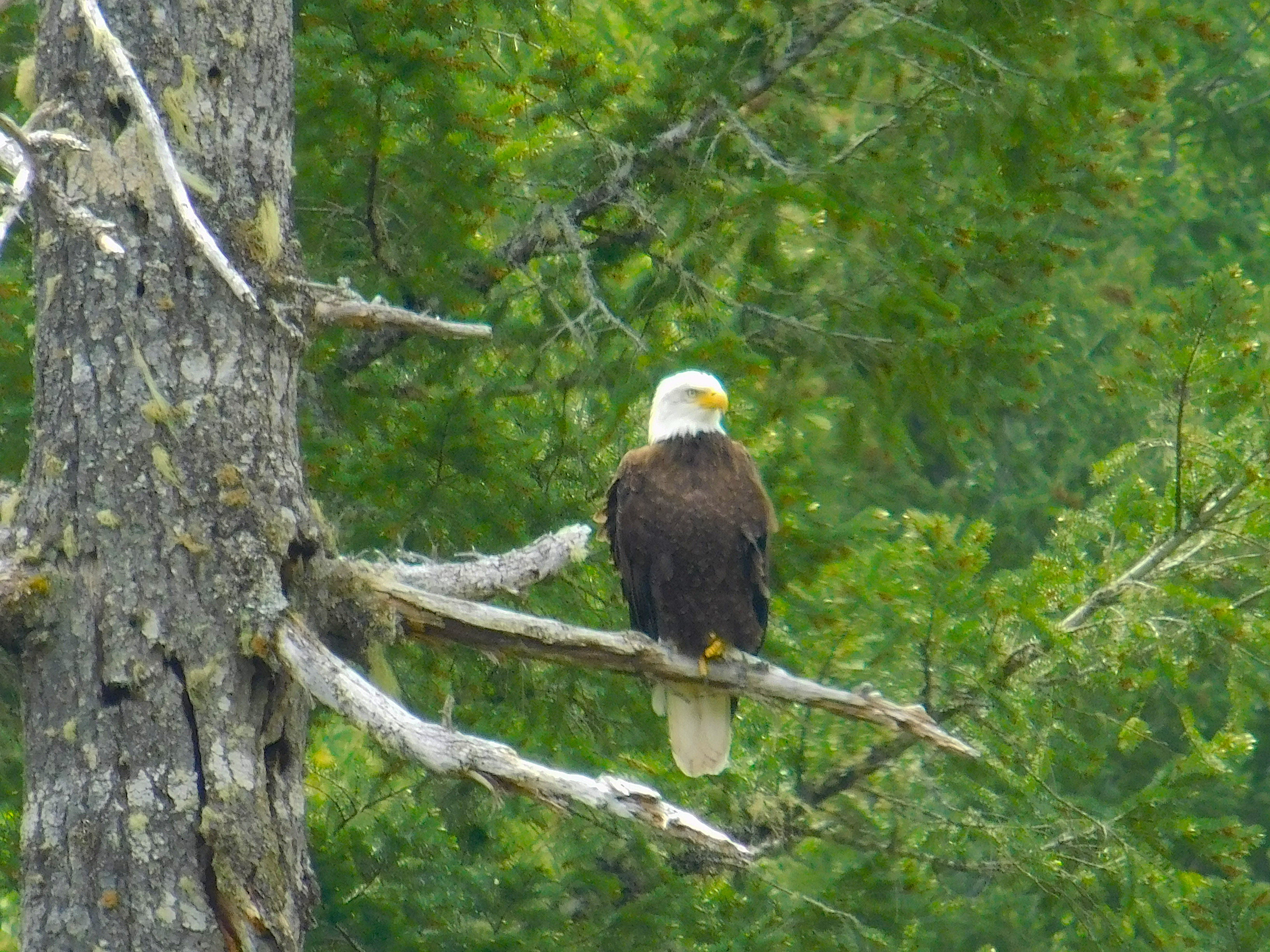 Gliding up the slight gravel hill through the belly of the Baskett Slough National Wildlife Refuge, I leave behind the smattering of bird watchers along the edge of the wetlands. They peer through binoculars or hefty telephoto lenses at the countless waterfowl floating about on the water or sitting idly in the fields.

Cars and trucks can traverse the sliver of roadway between the two massive seasonal ponds with nary a flinch from the flocks. Somehow the crunch of my knobbies in the gravel always ignites mass hysteria as hundreds of wings flap and webbed feet splash making it appear as if the sea is parting simply for me.

The bird watchers don’t blink an eye, and seem to enjoy the flurry as I pass through. Nearing the crest of the hill, a flash against the cloudy skies catches my eye. I glance over to see two mature Bald Eagles performing a skillful aerial ballet that would make the Blue Angels proud.

Although they appear 100-300 yards away, zooming far and near, their sheer speed of breathtaking dives, abrupt braking and changes of direction simply blow my mind. Their massive wingspans explode in magnitude as one lands atop a tall dead tree and the other perches in the high branches of a towering oak.

While they pause for a few moments I note that the bird watchers down the road haven’t noticed. Then another flash catches my eye over the ridge to the other side of the road. Two juvenile Bald Eagles soar on the winter thermals high above, heading toward the others. Then two more juveniles appear.

As if on cue, the adults blast back into the skies, continuing their aerial artistry while the juveniles watch from above. Suddenly in an incredible thrust of powerful strokes, the two adults blast like rockets toward the heavens, quickly ascending well above the juveniles until they become nothing more than two tiny specks in the sky.

For the past 10 months, nearly all my bike rides from home begin with a trek through the Basket Slough. Having lost two jobs to Covid at the end of March 2020, I’ve logged more cycling days than any year I can remember.

For the first two months the newly found freedom overwhelmed me. I rode 23 straight days without a break. Eventually 37 of the first 40 days. After that, I stopped counting.

That extended Spring Break melted into the endless Summer Vacation. Mornings spent scouring the Internet for possible jobs; Afternoons plying the roads of the Willamette Valley.

A few employment nibbles would pique my interests and raise my spirits on occasion, but the highlight of each day remained those treasured hours on two wheels out in nature.

Autumn fell and winter broke. Eventually Oregon’s rain and all its water-friendly flocks returned. The cold blew in. Rides were skipped. The indoor trainer spun.

Even for an obsessive optimist — which I most certainly am — life seems to march on to a beat somewhat unfamiliar to me.

Then? Then the Eagles flew into my soul, lifting my spirits in ways I can’t explain.

In the days following their magnificent show, I took flight. No burdens of life appear able to hold me down. I caught their show again, twice. And ever since I’ve been floating on clouds.

I’ve always maintained an upbeat spirit. But this? This is unlike anything I’ve experienced before. Every moment appears as though its through a microscope, magnifying the unbridled wonder of life.

I don’t know that my dreams for the future went on hold sometime over the course of this journey through 2020 and beyond. I do know that they’ve exploded front and center.

I’ve never worried much about the future because the past always has blessed me in too many ways to count. Time and again I’ve stumbled into jobs that literally prompt me to pinch myself. I’ve believed it’s nothing short of selfish for me to expect another to come my way.

Then, in the midst of this euphoria, the seemingly endless parade of mundane job possibilities have been replaced by a couple gems. Just maybe it’s my creative juices that are flowing — no, really, pouring — forth like a spring waterfall that have me floating on clouds.

Or, just maybe, it’s on the wings of Eagles that I soar to my future,